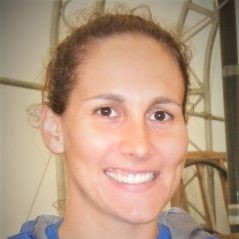 Born in Toronto, ON, Holly moved to Fredericton, NB in elementary school and called it home for the next 20 years. She attended UNB where she received her B.Sc. in biology and her M.Sc. in biology studying lake sturgeon in the Winnipeg River in Manitoba. Holly has always enjoyed the outdoors and working in aquatic environments, especially with fish. She’s previously worked for an engineering firm doing field work, at the Mactaquac Biodiversity facility, and for a land-based caviar producer. She moved to Miramichi in 2014 after accepting a field biologist position with the MSA and after 3 years was offered the position of Assistant Hatchery Manager at the Miramichi Salmon Conservation Centre. When she’s not working you can find her and her partner running their 2 dogs or chasing after their 6 cats, enjoying some gardening at home, listening to podcasts, watching movies, or sitting down to read a good book with a cup of tea.