First-feeding salmon fry are stocked into the river during late spring/early summer. Please see the most recent stocking reports below. 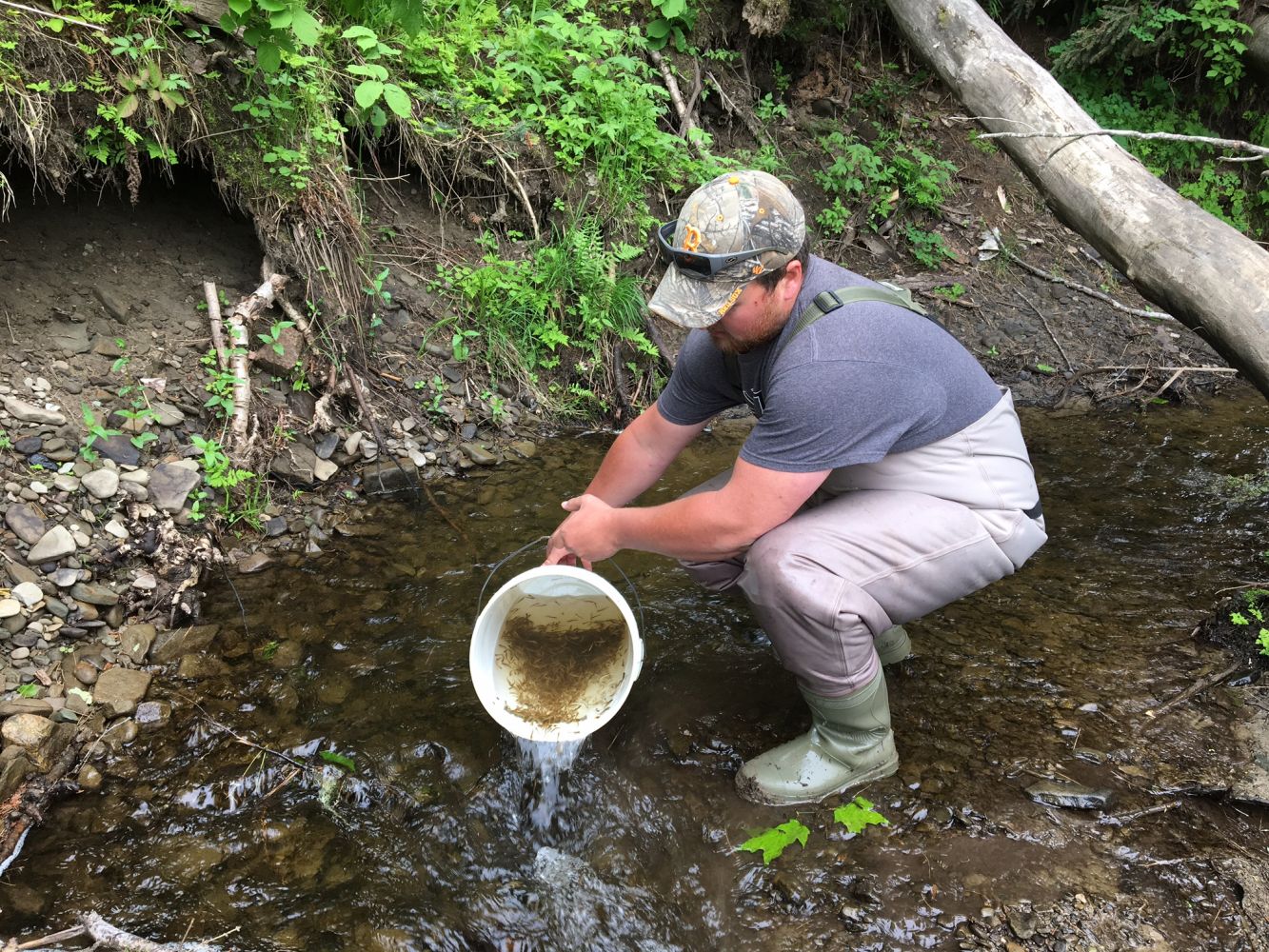 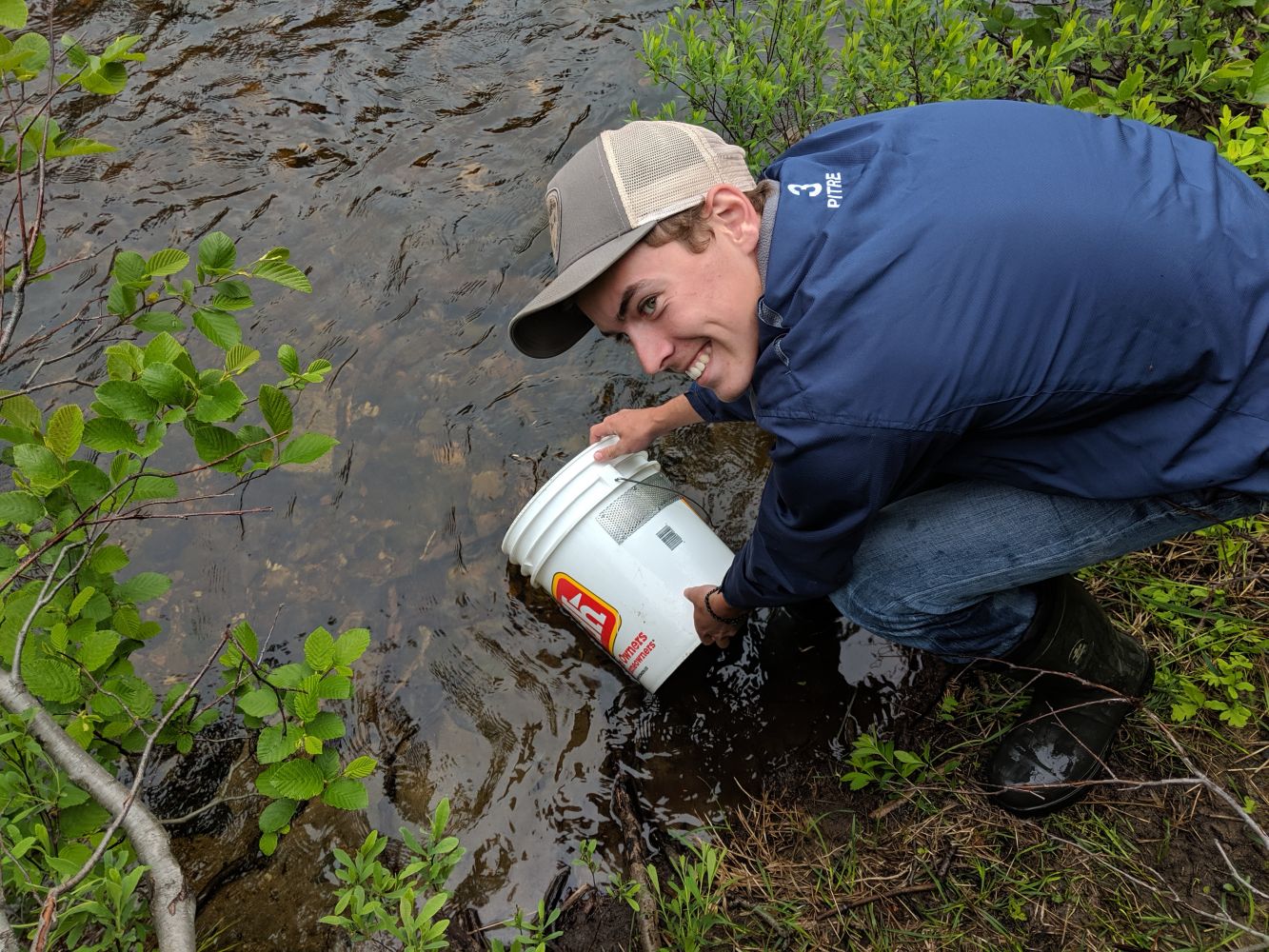 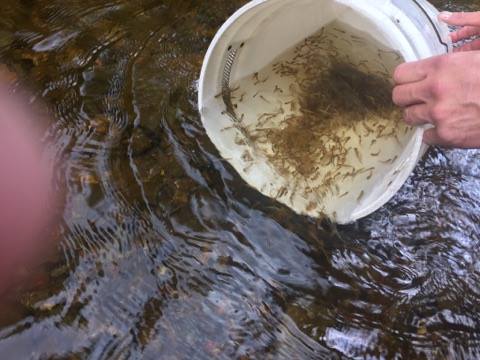 About the MSA Stocking Program

Broodstock, or adult spawning salmon, are collected from the river each year by the MSA and its members for spawning at the MSCC.  The eggs are incubated at the Centre over-winter, and released back to the rivers in June as first feeding fry, strategically placed where juvenile densities are low.

The collection takes place from late September to mid-Octover.  Male and female adult salmon are caught by  seining or trap netting and transferred to the MSCC and kept in special tanks until ready to spawn. Before spawning, spawners are anesthetized to reduce the risk of injury to the fish. When the females are ready, usually mid October to mid November, the eggs are collected by pressing gently on the female’s belly area or flank, depositing the eggs directly into stainless steel containers. The eggs are fertilized by the male salmon’s sperm and placed in special incubator trays supplied with fresh flowing water. After spawning the adults are all released into the main river.

When the eggs start hatching, the young fish (alevin) first absorb nutrients from their attached yolk-sac. Six to eight weeks after hatching, the fish (fry) are ready to eat on their own and are moved to a small tank and fed with specially prepared food that contains all the necessary nutrients.

Stocking locations are often chosen based on low juvenile densities from electrofishing surveys during the summer. Tributaries that were previously blocked to fish migration by obstructions such as beaver dams but are now accessible are also stocked in an attempt to provide a return to that tributary in following years.

Incubation at the MSCC results in a 97% survival rate through the first winter of life as opposed to 30% in the wild.

Check out the great video below of MSA President Mark Hambrook spawning at the MSCC.