The Otter Brook cold water refuge site is located at the confluence of Otter Brook and the LSW Miramichi River, approximately 6.5km downstream of Catamaran Brook. The brook enters the river on the right (south) bank. The LSW Miramichi is very shallow in this area during typical summer low flows, and the cold water plume created by the brook is known to provide thermal refuge for mostly young juvenile salmon. 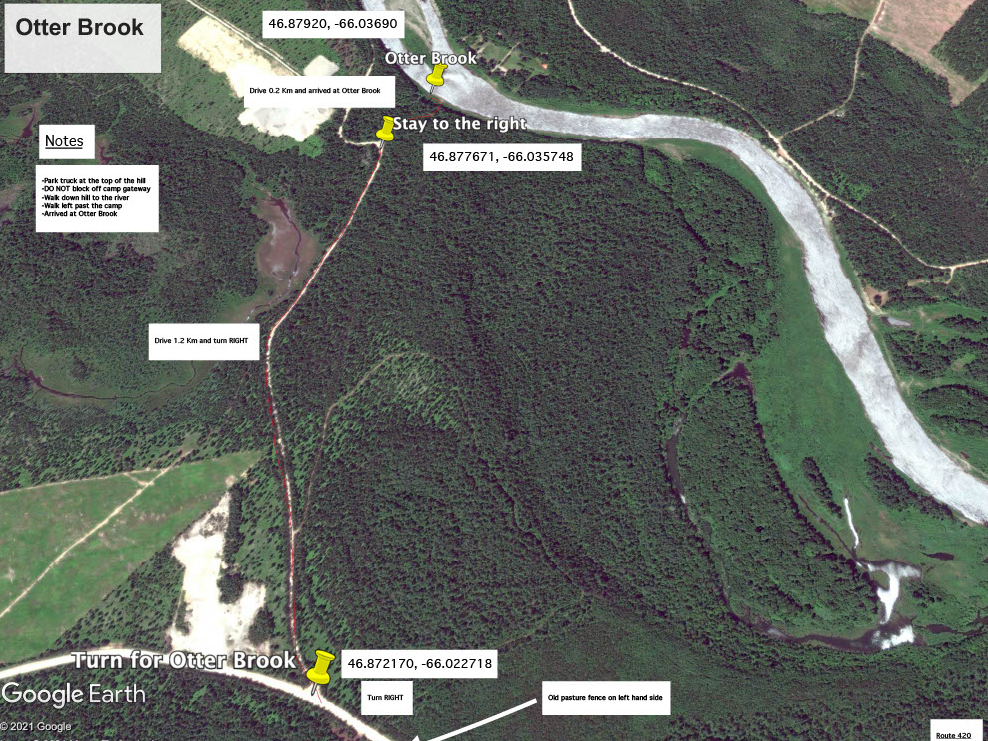 To enhance this refuge's thermal features, the water depth was increased at the mouth of Otter Brook through the installation of a rock v-weir upstream in the LSW Miramichi River to concentrate flow and encourage scouring at the mouth of Otter Brook. The v-weir was set at an elevation so as to create scour and direct flow from the shallow river into a concentrated area where cold water meets the river. Rock spurs were also installed in conjunction with the v-weir downriver of the confluence to keep the cold water plume turned away from the shallow riverbank and also to help scour and maintain deeper water in the refuge zone. Finally, a row of embedded boulders were placed near the outer edge of the cold water plume so that in summer low flows, cold water from the brook is able to concentrate in the scoured region without significant mixing with warm river water.

This habitat enhancement work was initiated on Sept. 15, 2015 and completed on Sept. 16, 2015. Funding support for this project was received from the Recreational Fisheries Conservation Partnership Program (RFCPP) and the Atlantic Salmon Conservation Foundation (ASCF). The MSA’s financial contribution was provided through MSA Campaign 60 revenues.