Invasive fish illegally put into Miramichi Lake over a decade ago.

The confirmed sighting of an invasive fish in the southwest Miramichi River last week lends urgency to plans to eradicate smallmouth bass from a nearby lake.

In 2008, Miramichi Lake was found to contain the bass, which were likely introduced there illegally.

In the 11 years since, the Department of Fisheries and Oceans and a number of community conservation groups have operated a program using nets, electrofishing and other methods to prevent the fish from getting out of the 200-hectare lake and into the nearby Miramichi River, where they can do irreparable damage to native wild Atlantic salmon populations.

Over that same period, groups like the Miramichi Salmon Association and the Atlantic Salmon Federation have repeatedly called for a program to eradicate smallmouth bass in the lake by treating it with rotenone, a powdered product made from the dried root of certain bean plants.

Sees no other options

It was approved for use in Atlantic Canada in 2015.

"This is a problem that needs to be addressed, and this is really the only way," said Mark Hambrook of the Miramichi Salmon Association.

"I mean we've searched every other option and nothing else will be effective."

Under the plan, Hambrook said, native fish like white suckers, yellow perch, white perch and trout would be captured and stored in tanks.

Rotenone, a traditional substance used for fishing in the Amazon, would then be applied to the lake water over one day.

The rotenone would kill the invasive fish, along with any native fish not temporarily removed before the application. Two or three days later, the native fish would be returned to the lake, where their populations could return to normal in a few years.

An application to eradicate Miramichi Lake has already been submitted by the North Shore District Mi'kmaq Council, the organization heading the project.

In the meantime, a large-scale search begins Wednesday for the single smallmouth bass that was photographed and confirmed in the river last Thursday.

Hambrook said anyone who catches a smallmouth bass in the Miramichi is asked to keep the fish and turn it over to DFO. 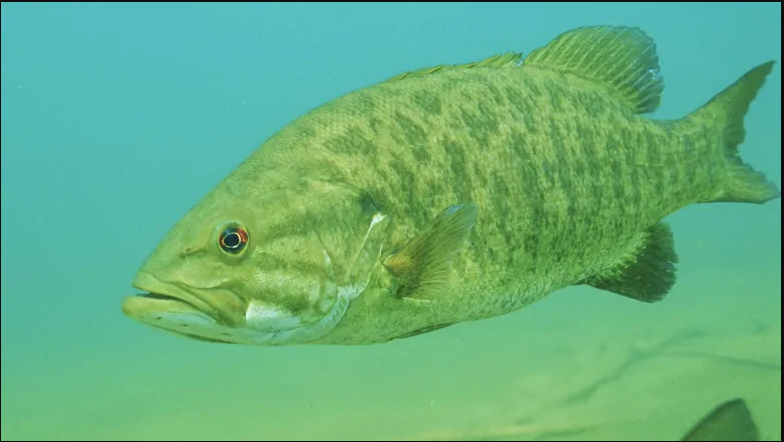 Smallmouth bass are native to the east-central U.S. They are an invasive species in many New Brunswick lakes and rivers. (US Fish and Wildlife Service)