On October 8, 1953, a small group of conservation minded pioneers, all who shared a common love for the Miramichi and who feared for its future, registered a fledgling new organization called the Miramichi Salmon Association, Inc. (MSA). The group, made up of anglers, guides, camp owners, commercial outfitters and sporting good merchants, drafted a simple and somewhat optimistic statement that declared as its mission; “the propagation, protection and perpetuation of the Atlantic Salmon in the Miramichi River system”.  Sixty years later, that fundamental goal still directs the programs and activities of the MSA. 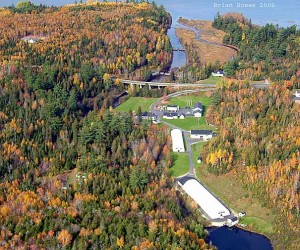