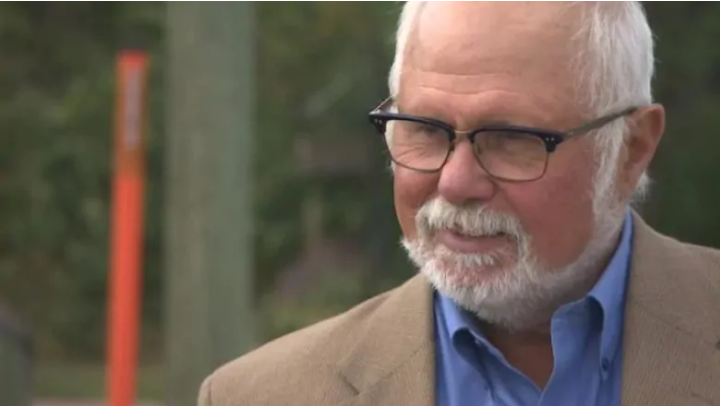 The former vice-chair of a Commons committee on fisheries is accusing the Department of Fisheries and Oceans of incompetence following the revelation that an invasive smallmouth bass is now in the Miramichi River.

Wild salmon conservation groups suspect the fish escaped from nearby Miramichi Lake, where smallmouth bass have been present for at least 11 years, despite repeated calls to have them eradicated.

Smallmouth bass are not native to any part of Atlantic Canada. They are voracious eaters and present a particular danger to fragile populations of young wild Atlantic Salmon.

Robert Sopuck, a Conservative MP from Manitoba, was vice-chair of the standing committee on fisheries and oceans in 2016 during hearings on the state of wild Atlantic salmon populations in Eastern Canada.

"DFO was told, time and time again, and due to sheer incompetence of the Department, they've done nothing," said Sopuck, the MP for Dauphin-Swan River-Neepawa. "And now we've got this."

It is not known how smallmouth bass got into the 600-acre lake but it is suspected they were placed there illegally.

The confirmation a week ago that a smallmouth bass is now in the Miramichi River downstream from the lake has led many to conclude it is an escapee.

But DFO spokesman Etienne Chiasson said in a statement to CBC News that it is "not clear" if the fish is an escapee from the lake or a "new introduction" to the river from another source.

A large-scale search is now underway in the river to capture the bass.

In the meantime, DFO is considering an application to eradicate smallmouth bass from Miramichi Lake completely.

If approved, some fish that are native to the lake, such as yellow perch, trout and white suckers, would be captured and set aside in tanks.

The entire lake would then be treated with rotenone, a natural product made from the dried roots of certain plants in the bean family.

That would kill all smallmouth bass and any other remaining fish in the lake.

It can take several days and as long as two weeks for the lake to clear of rotenone, so native fish can be returned.

A study of Miramichi Lake has already been performed by California-based rotenone expert Brian Finlayson.

He concluded a rotenone treatment has a reasonably high probability of eradicating smallmouth bass from the lake.

In an interview, Finlayson said rotenone is "relatively safe to mammals and in particular humans."

But he said it might then take a year after the treatment for tiny creatures such as aquatic invertebrates to return to normal levels in the lake.

At the time of the release of the 2017 study, he estimated costs for the project at just over a $1 million.

In an interview earlier this week Hambrook, of the Miramichi Salmon Association, said the funds could likely be found through both public and private contributions.

He said an environmental impact assessment would be required before work can begin.

CLICK HERE TO SEE THE FULL ARTICLE FROM CBC