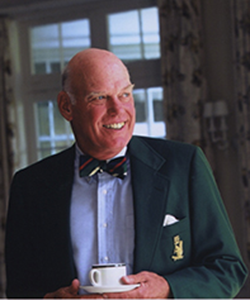 The Harvard Alumni Association has announced that J. Louis Newell AB ’57, was one of three alumni to receive the 2014 Harvard Medal.

First awarded in 1981, the Harvard Medal recognizes extraordinary service to Harvard University. The service can range across diverse aspects of University life — from teaching, leadership, and innovation to fundraising, administration, and volunteerism. Over many years J. Louis Newell has demonstrated his devotion to the University. He has been a stalwart for the HAA, serving as chair and longtime member of the Committee for the Happy Observance of Commencement, leading an army of 400 volunteers in top hats every year at Commencement. In 2005, he earned the HAA Alumni Award, recognizing his longtime service and leadership to alumni and the HAA. He has also been active in the Harvard Club of Boston, serving as its vice president and director. He has been involved with the Harvard College Fund for nearly 50 years, including the Harvard College Fund Council, and has dutifully served as the Harvard College Fund participation chair for the past 25 years. In 1995, he received the Harvard College Fund’s Joseph R. Hamlen ’04 Award. As a former three-sport athlete, he served the Harvard Varsity Club in a number of capacities, including president and chair, and he earned the Varsity Club Award in 2008. He was the chair for the Annual Football Dinner for more than 35 years. He was a co-chair for his 50th Class Reunion. In addition to his service to Harvard, he has been involved in serving Greater Boston. He was a trustee of the Massachusetts Eye and Ear Infirmary; Charlesbank Homes, a philanthropic association for elderly housing; and the Noble and Greenough School. He is the former president of Third Sector New England and emeritus director and president of the Freedom Trail Foundation. He is currently the vice chair of the Miramichi Salmon Association. Newell is retired from Seaward Management Corp. He and his wife, Emily, live in Dedham, Mass.