The Miramichi Salmon Association (MSA) will be hosting a Fishing for Laughs event at the Vogue Theatre on Friday November 22nd, 2019. The evening is sure to be a hilarious night and will be headlined by Miramichi’s own Jimmy MacKinley. It’s great events like these that allow the MSA to continue with our mandate to steward and advocate for responsible fisheries management with all levels of government and continue with our many river conservation programs. 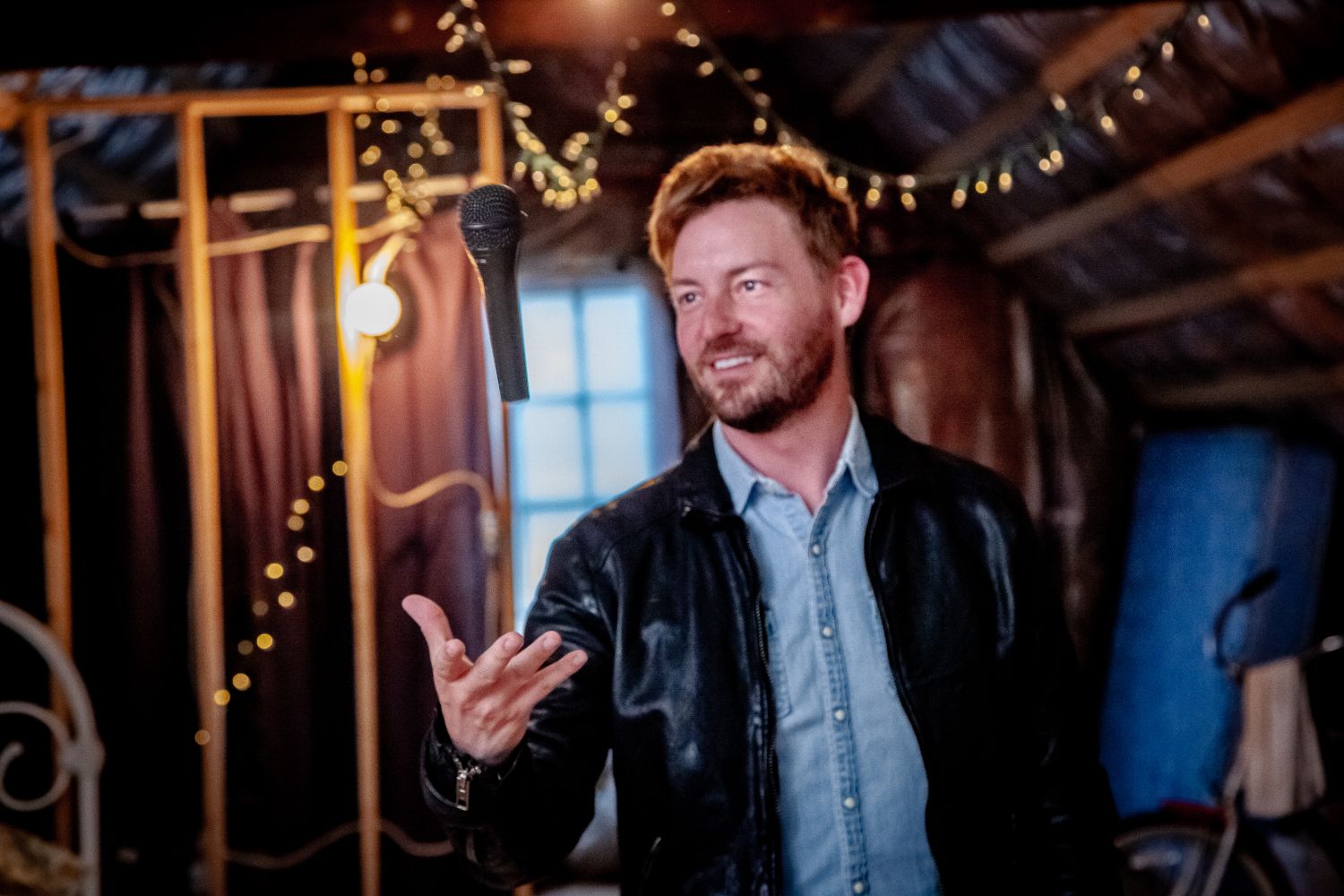 Jimmy MacKinley has been performing stand-up comedy for nearly a decade after working up the courage to try it at an open mic at the Wilser’s Room Capital Complex in Fredericton NB in 2011. Despite waiting until he was 27 years old to first take the stage, he says he’s been writing comedy since he was a kid.

“I was always funny with my friends, cracking one-liners, doing impressions of our high school teachers, anything could be material, really. It’s a cathartic experience when you allow a little bit of truth to come out through a comedic medium. Cathartic for both sides that is.”

Jimmy says his success in comedy in New Brunswick can be attributed to working hard on his act and building relationships by treating people with kindness and always being thankful for the stage time. He says he’s definitely made a lot mistakes but claims, “if you’re comfortable, that means you’re not growing.”

Jimmy adds, “I always feel thankful for every gig because the first time I was paid for comedy, I was paid with a bag of Fiddleheads.”

In 2016, Jimmy got his first break with a live, nationally broadcasted recording of Laugh Out Loud on CBC Radio One. He’s since been featured at the HubCap Comedy Festival and two New Brunswick tours with comedian Gerry Dee, of CBC’s hit show Mr Dee.