MIRAMICHI— It doesn’t matter if you like your Miramichi Salmon Association president grilled or barbecued, because one way or another he’s about to get roasted.

All of which is in good fun, of course. 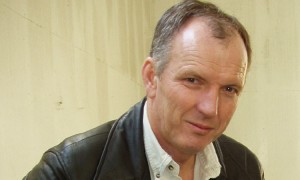 Mark Hambrook, president of the local association is going to have all eyes on him on Saturday, Nov. 16, during the association’s 60th anniversary, when family members and friends tell a few tales of the president.

“I worry most about my brother in-law (Derek Burchill), because he’s got a lot more scoop on me than everybody else,” he said. “But I know a lot of stuff on Derek, too. The more he dishes out, the more he’s going to get back.”

He’s not worried about what stories may surface during the roast.

“I’m pretty thick-skinned. It doesn’t bother me. My wife is more nervous than I am,” said Hambrook. “I can dish it out, too, so it’s going to be a two-way street there.”

The roast will be part of the salmon association’s celebration of six decades of operation on the river during an evening of food, musical entertainment and a live auction at the Renous Recreational Centre, starting at 7 p.m.

Jo-Anne Linton, organizer of the event, said having a good-natured roast is a fun way of paying tribute to Hambroke.

“Poking fun in a nice respectful (way), recognition,” she said.

Linton said the association’s inaugural year was 1953, the same year Hambrook was born.

“He turned 60 in April this year and as our president we thought…we just wanted to have a real celebration of both the MSA and Mark,” she said. “As president, he’s doing such a great job for us, so we thought it would be kind of a fun thing to tie the two together.”

Hambrook said he’s known about the roast since the summer.

“I thought they forgot about it but they didn’t,” he said, laughing. “We wanted to have a MSA event in Renous area and it’s hard to get a theme that you know, may get people out and have some fun…it should be a good evening.”

Hambrook said he was reluctant to accept being the “roastee” as it were, but said he decided to do it because it was part of a fundraiser for the salmon association.

He said he’s proud of what the body has accomplished over the last six decades.

“For the MSA, it’s been an amazing 60 years, where you know a group of concerned people get together and say, ‘look, you know we’ve really got to take care of the salmon if we ever want to have a recreational fishery in the future,’” he said.

Hambrook said the increased emphasis on conservation has produced a positive ripple effect.

“We’ve become a major player in salmon conservation by the operation of our hatchery and the field program and research that we do, so it’s been a long evolution,” he said.

Hambrook started with the Miramichi Salmon Association in 1997 and became president in 2000.

“It’s kind of humbling and very nice that people care that much about the salmon that they’re willing to donate their money.”