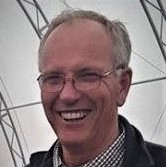 Born and raised on the Miramichi in Renous, Mr. Hambrook’s passion and dedication for salmon conservation have helped to make the Miramichi recognized as one of the best managed salmon rivers in the world.  Over the course of his 46-year long career in salmon conservation, his knowledge and experience has been extended to numerous rivers and organizations interested in salmon conservation, and he has become a recognized leader in salmon management throughout North America. A graduate of the University of New Brunswick, Mr. Hambrook began his career as a fish technician with the Department of Fisheries and Oceans (DFO) and after 7 years was promoted to the role of biologist where he was subsequently employed for more than 18 years.

When the federal government announced the closure of the Salmonid Enhancement Center in 1997, Mr. Hambrook was determined to stay in the Miramichi community; he partnered with the MSA as a private investor to acquire the hatchery from DFO, now known as the Miramichi Salmon Conservation Center.  The association assumed full ownership of the facility in 2000, and Mr. Hambrook continues to guide its operations today.